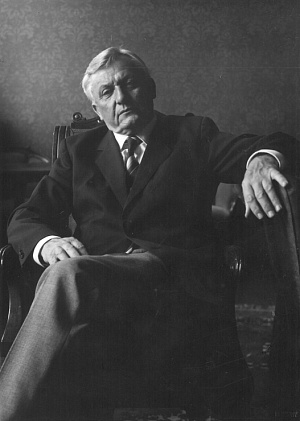 Josef Vlach (1923–1988) studied the violin at the Prague Conservatory, where his teachers included Stanislav Novák, a long-time concert master of the Czech Philharmonic (during Václav Talich’s tenure as the music director). From 1946 to 1948, alongside Jiří Novák, he served as a concert master of the Czech Chamber Orchestra. Following the ensemble’s dis­solution, he continued to work with Václav Talich in private and, drawing upon these (and other) artistic impulses, in 1950 he formed the Vlach Quartet. In 1955, the ensemble won the international competition in Liège, Belgium, which paved the way to other concert stages abroad. In 1975, the Vlach Quartet ended its activity. In 1957, Vlach established a chamber orchestra whose core was formed by Vlach Quartet members. In the wake of their first concert, Václav Talich, who had attended it, suggested that they be named the Czech Chamber Orchestra. In 1960, Vlach and his orchestra triumphed at the festival in Osaka, Japan, and in 1962 performed to great acclaim at the Salzburger Festspiele. In 1963, the Czech Chamber Orchestra gave their debut performance at the Prague Spring festival. That year, Vlach first conducted the Czech Philharmonic. On several occasions, he led the Prague Radio and the Prague Symphony Orchestras too. In 1969, he launched his regular collaboration with the Pardubice Chamber Philharmonic, the Suk Chamber Orchestra and the Prague Chamber Orchestra. During the final two decades of his life, Vlach fought with a serious illness, yet continued to work relentlessly. He died on stage, with a violin in his hand, in Sweden on 17 October 1988. He is buried in his native village of Ratměřice, Central Bohemia.