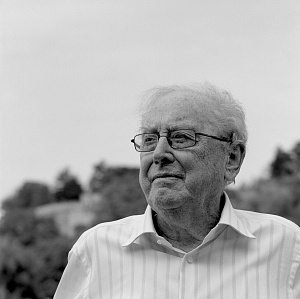 Sir Charles Mackerras, born in 1925 of Australian parents in America, studied in Sydney and Prague and made his debut as an opera conductor at Sadler's Wells. He was First Conductor of the Hamburg Opera (1966–1969) and Musical Director of both Sadler's Wells (later English National Opera) (1970–1977), and of Welsh National Opera (1987–1992), where his notable Janacek productions, among many others, were acclaimed. From 1976–1979 Sir Charles was Chief Conductor of the Sydney Symphony Orchestra and also conducted the opening public concert at the Sydney Opera House. Sir Charles is Conductor Laureate of the Scottish Chamber Orchestra. Conductor Emeritus of the Welsh National Opera and Principal Guest Conductor Emeritus of the San Francisco Opera. A specialist in Czech repertory, Sir Charles has been appointed Principal Guest Conductor of the Czech Philharmonic Orchestra, following his life-long association with both the orchestra and many aspects of Czech musical life.

Sir Charles has undertaken much research into performance practice of the eighteenth and nineteenth centuries. One of the highlights of the 1991 season was the re-opening of the Estates Theatre in Prague, scene of the original premiere of Don Giovanni. Sir Charles conducted a new production of that opera to mark the bicentenary of Mozart's death. He has recorded all Mozart's symphonies and serenades with the Prague Chamber Orchestra, and Die Zauberflote, Cosi fan Tutte, Le Nozze di Figaro, Don Giovanni, Die Entfuhrung aus dem Serail and Idomeneo with the Scottish Chamber Orchestra (following performances at the Edinburgh International Festival). At the 1999 Edinburgh Festival, Sir Charles conducted the Scottish Chamber Orchestra in Handel's Saul and a series of Schumann's or­chestral works and in 2000 conducted the Czech Philharmonic Orchestra in concerts and ballets by Jiri Kylian.

Sir Charles has for many years been associated with the Royal Opera House and he returned to Covent Garden in 2000 to conduct Romeo et Juliette (Gounod) and Martinů's The Greek Passion. In addition to his many appearances with the San Francisco Opera, he conducts regularly at the Metropolitan Opera, New York, where his recent appearances include The Makropulos Case, Kata Kabanova, Die Zauberflote and Lucia di Lammermoor. He made one of his many visits to Australia in a new production of Jenufa. He also made his debut at the Salzburg Festival conducting hugely successful performances of Le Nozze di Figaro with the Vienna Philharmonic Orchestra and he returned in 2000 to conduct the Orchestra again in Medee (Cherubini).

Sir Charles received a CBE in 1974 and was knighted in 1979 for his services to music. In 1996 he received the Medal of Merit from the Czech Republic and in 1997 he was made a Companion of the Order of Australia. He is a DMus (Hon) of the Universities of Hull, York, Nottingham, Brno in the Czech Republic, Griffith in Brisbane, Australia, Oxford, Napier and the Prague Academy of Music. He is an Honorary Fellow of the Royal College of Music, Royal Academy of Music, Trinity College of Music (London), Saint Peter's College (Oxford) and the Royal Northern College of Music.

Sir Charles celebrated his seventieth birthday in 1995 with gala concerts with the Scottish Chamber Orchestra in Edinburgh, Welsh National Opera in Cardiff and with San Francisco Opera. His seventy-fifth birthday in 2000 was also celebrated with San Francisco Opera conducting performances of Der Rosenkavalier and Semele. He celebrated his seventy-six birthday with performances of Smetana's Bartered Bride at the Royal Opera House, Covent Garden.