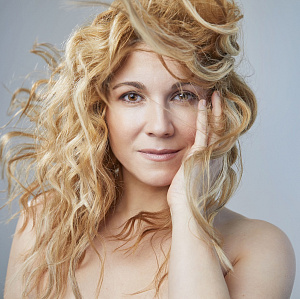 One of the most prolific Czech operatic sopranos, Kateřina Kněžíková, has recently transformed into an internationally acclaimed performer of concert repertoire.

As one of the most sought-after operatic sopranos in the Czech Republic, Kateřina appears regularly with all major opera houses locally and many houses abroad, including La Monnaie Brussels, Opéra Royal de Versailles, Opéra de Dijon, Slovak National Theatre and others. Since 2006, she has been a member of the National Theatre in Prague. Kateřina excels at Mozart (Susanna, Contessa, Donna Elvira, Pamina to name her most important roles), and is incomparable as Rusalka (Dvořák), Mařenka (Bartered Bride by Smetana), Káťa Kabanová (Janáček) and other operas Martinů, Dvořák, Smetana, Gounod, and Bizet.

In 2021, she released her first solo album “Phidylé” on Supraphon label, which was named as Editor’s Choice and The Best Classical Albums of 2021 in Gramophone Magazine. In 2022, album “Phidylé” won the prestigious BBC Magazine Music Awards in the “Vocal” category.