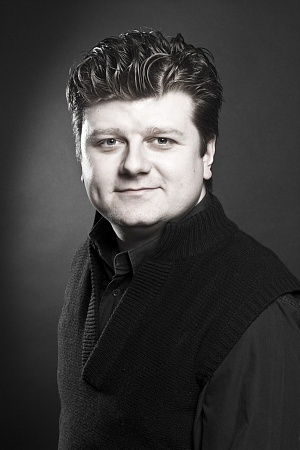 The horn player and conductor Radek Baborák is one of the most outstanding figures on the classical music scene. Since beginning his solo career over twenty-five years ago, his extraordinary musical performances have enthralled audiences in the most important cultural venues around the world. He has collaborated with many distinguished conductors, including Daniel Barenboim, Seiji Ozawa, Simon Rattle, Neeme Järvi, James Levine, Vladimir Askhenazy, James de Priest and Marek Janowski.

The opening concert of the Olympic Games in Nagano marked the beginning of a long-term collaboration with Maestro Seiji Ozawa. Baborák became a member of the Saito Kinen Orchestra and Mito Chamber Orchestra, and regularly gives concerts with them in Japan, USA and Europe.

An essential part of Radek Baborák’s musical life is chamber music. He founded and has been the leader of several ensembles: the Baborák Ensemble, in principal consisting of french horn and string quartet; the Czech Horn Chorus, which continues the 300 year-old tradition of horn playing in the Czech Lands; and the string ensemble Prague Chamber Soloists, whose founding in 1960 is linked with Václav Neumann. He is a member of the Afflatus Quintet, which received first prize at the ARD competition in Munich in 1997. Baborák plays in recitals with the pianist Yoko Kukuchi – the winner of the Mozart Competition in Salzburg, with the organist Aleš Bárta and harpist Jana Boušková. He is a member of Berlin-Munich-Vienna Oktett and collaborates with the Berlin Baroque Soloists.