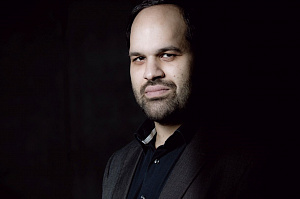 The international press has described Jan Bartoš as “one of the finest European pianists” and “an emotional and sophisticated interpreter.” He has appeared in solo recitals, with major orchestras and in chamber music concerts worldwide and enjoys a prolific recording career as an exclusive artist on the Supraphon label. His recordings of the music of Janáček, Mozart, Beethoven and Novák have earned international critical praise from critics at Gramophone, Diapason, BBC Music Magazine, The Times, American Record Guide and The Guardian among other outlets.

In the current season, Jan Bartoš returned to tour the US with performances and masterclasses at the San Francisco International Piano Festival and in New York City at the sold-out Bohemian National Hall. Last spring, he gave a recital at the virtual edition of the Hong Kong Arts Festival and returned to the Prague Spring Festival performing the Prokofiev Piano Concerto No. 1 with the Prague Radio Symphony Orchestra under Ilan Volkov. He performed the same concerto with the Prague Radio Symphony Orchestra led by Kristjan Järvi at the Leoš Janáček International Music Festival in Ostrava.

Upcoming highlights include recitals at the Shanghai International Arts Festival followed by a recital tour of China. In the previous seasons, Bartoš gave a sold-out solo recital at the Rudolf Firkušný Piano Festival in Prague, performed the complete Janáček piano works at the International Festival Janáček's Brno, and joined the Prague Philharmonia in Grieg’s Piano Concerto and Martinů’s Double Concerto. He has appeared regularly with the Czech Philharmonic, notably under the late Jiří Bělohlávek.

Jan Bartoš’s most recent CD release is the first studio recording of Vítězslav Novák’s Piano Concerto with Jakub Hrůša and the Prague Radio Symphony Orchestra on Supraphon. The Guardian voted it Classical Album of the Week and The Sunday Times highlighted the release as ‘‘worth knowing in Hrůša and Bartoš’s idiomatic performances.’’ In May 2021, the album won the Czech Republic’s highest recording prize in the Best Classical Album category.

In 2019, Bartoš recorded solo piano works of Leoš Janáček for Supraphon to great critical acclaim. Gramophone selected it as Editor's Choice, noting that it “easily stands alongside reference Janáček offerings,” adding that “Like his erstwhile teacher Ivan Moravec, Bartoš accepts and internalises Janáček’s intimate, conversational sound world for what it is, while imbuing the composer’s often stark textures with a fullness of tonal body and shimmering translucence” (Gramophone). The NPR (National Public Radio) included the recording in “10 Classical Albums To Usher In The Next Decade.”

Bartoš’s other notable CDs on Supraphon include a double album of Beethoven's solo piano works and Mozart Concertos with the Czech Philharmonic and Jiří Bělohlávek. The Beethoven album received a 5-star review from the BBC Music Magazine: “everything in this recording is outstanding […] The Arietta of Op. 111 is here gorgeous beyond words." The Mozart Concertos were also met with praise from major critics: “Bartoš’s crisp articulation and singing legato are never far from the spirit of the composer's sunnier comedies” (The Sunday Times).

On Alfred Brendel's invi­tation, Jan Bartoš appears as a solo performer on the 2021 Supraphon DVD My Musical Life that celebrates the piano legend on the occasion of his 90th birthday. Mr. Brendel endorsed Jan Bartoš's playing with the following: “Jan Bartoš is one of my most impressive and exciting young colleagues. In him, virtuosity is coupled with deeply serious musicianship.''

Jan Bartoš holds a Professional Studies Diploma from the Manhattan School of Music in New York, and a doctorate from the Academy of Performing Arts in Prague. He was the last pupil of the legendary pianist Ivan Moravec. Following his studies in the Czech Republic with Martin Ballý and Miroslav Langer, he continued to hone his artistry abroad under the guidance of Alfred Brendel, Leon Fleisher, James Tocco, and Zenon Fishbein. He undertook masterclasses in chamber music with Juilliard String Quartet's Robert Mann and Emerson String Quartet's Lawrence Dutton.

He is the Founder and Director of Prague Music Performance, an innovative Festival and Institution presenting concerts across musical genres, master classes, lectures and residencies. He is also the Artistic Director of the American Spring Festival and the Ivan Moravec Academy. Jan Bartoš teaches piano and chamber music at the Academy of Performing Arts in Prague.