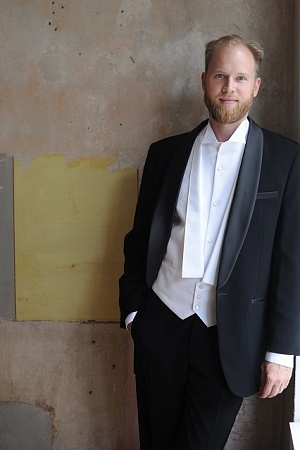 Tomáš Král also devotes himself to opera, as a guest at the Moravian Theatre in Olomouc in an operatic production of Boccaccio (title role) and in Mozart’s opera Cosi fan tutte (as Guglielmo). In 2014 he took a part in the stage project with conductor Michael Hofstetter on scenic production of W. A. Mozart's Requiem and contemporary composer R. Van Schoor at Kunstfestspiele Herrenhausen in Hannover and the theater in Gießen. He also took a part of Ottokar at concert version of Weber's Freischütz at Styriarte Festival in Graz. In 2015 he took a part of main role in G. P. Telemann's adap­tation of G. F. Handel's opera Riccardo Primo in the theater in Gießen. In 2016 he took part in highly appreciated scenic production of J. S. Bach’s St. John Passion with B’Rock Gent orchestra staged by Pierre Audi in Klara festival in Brussels, Wratislavia Cantans and Opera Forward Festival in Amsterdam. Same year as well he took part of Apollo in Monteverdi’s Orfeo in Opera of Dijon.