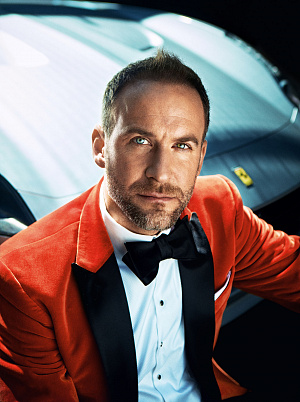 The oboist Vilém Veverka (born in 1978 in Prague) is one of the most acclaimed Czech musicians. He studied at the Prague Conservatory (with F. X. Thuri), the Academy of Performing Arts in Prague (with Liběna Séquardtová) and attended several master classes given by the renowned French oboist Jean-Louis Capezzali. His artistic development was significantly influenced by his being a member of the Gustav Mahler Jugend Orchester and his subsequent study with the prominent German oboist Dominik Wollenweber at the Hochschule für Musik Hanns Eisler in Berlin. A major role in Veverka’s pro­fessional development was also played by the two years spent with the Berliner Philharmoniker (as a stipendiary of the Herbert von Karajan Foundation). Furthermore, he was inspired by the top-notch oboists Albrecht Mayer, Hansjörg Schellenberger, Maurice Bourgue and Heinz Holliger. In 2003, he won the prestigious International Oboe Competition of Japan (Sony Music Foundation, Tokyo). As a soloist, Veverka has drawn attention by performing contemporary music, yet his repertoire encompasses works ranging from Baroque to present-day music. He has collaborated with leading Czech and foreign orchestras, primarily the PKF – Prague Philharmonia, the Prague Symphony Orchestra, the Czech Radio Symphony Orchestra, the Brno Philharmonic, the Tokyo Philharmonic, the Vancouver Symphony Orchestra, the Bayerisches Kammerorchester, the Münchener Kammerorchester, the Slovak Philharmonic, the Krakow Philharmonic, etc. Veverka has recorded and performed in Czech premiere a number of demanding pieces dating from the second half of the 20th century (by L. Berio, B. Britten, E. Carter, W. Rihm, I. Yun, B. A. Zimmermann), including concertos by Bohuslav Martinů and Marek Kopelent (A Few Minutes with an Oboist). Bearing witness to his versatility is the first Czech complete recording of Georg Philipp Telemann’s Twelve Fantasias (Supraphon) and the first performance of all Jan Dismas Zelenka’s Trio Sonatas, with the Ensemble Berlin-Prag, which he founded in 2011 together with members of the Berliner Philharmoniker. Vilém Veverka is a soloist of the Brno Philharmonic and an ambassador of France’s Buffet Crampon. In 2014 he was an Artist in Residence at Germany’s Mitte Europa festival.