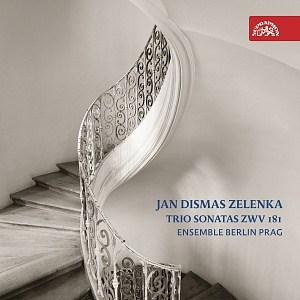 Reinhard Goebel, an esteemed Baroque music connoisseur, ranks Zelenka (along with J. S. Bach and Handel) among the five best composers of the first half of the 18th century. In his accompanying text, he refers to him as "grandiose and fantastic". And the cycle of six sonatas for two oboes, bassoon and continuo serves to prove that his assertion is far from being mere hyperbole, that it is a justified opinion worthy of being giving serious thought. Although for many years Zelenka performed all the duties of Kapellmeister and court composer of the Dresden Hofkapelle, de facto substituting for Heinichen during his ailment and after his death in 1729, he did not gain the appraisal he deserved - even some of the ordinary members of the orchestra received higher wages - and his applications for the post of Kapellmeister fell on deaf ears (by the way, J. S. Bach was turned down too). Zelenka's sonatas are among his "free" works, which he wrote urged by innermost needs, above and beyond his official commitments. The pieces reach the very limits of musical possibilities - both as regards placing high technical requirements on the performers and the compositional methods and means of expression applied, including the striking architecture of the cycle as a whole. The result is magnificent and fascinating indeed; owing to its complexity and timelessness, the sonatas may perhaps only be compared with J. S. Bach's six cello suites. And when these gems are undertaken by musicians as open-minded and of such superlative quality as members of the Berliner Philhamoniker, the listener can look forward to a great feast. The present recording is extraordinary due to the combination of the technical facilities of modern instruments and the profound insight into Baroque performance. Yet another opportunity to marvel at Zelenka's genius.

“Oboists Dominik Wollenweber and Vilém Veverka excel in their pleasantly cultured tone, enlightened rhetoric, refined articulation, phrasing and ornamentation. They imprint the slow movements with delicacy and charm. In the faster passages, when the composer makes use of imitation (among other techniques), the oboists are at the limits of what is possible without losing expression and certainty. Bassoonist Mor Biron excels in a similar manner…”
Czech Music Quarterly, March 2018

“Happily this is indeed a strong offering. Broad brushstrokes-wise, there’s a lovely bubbling legato flow and sense of effortlessness to the whole, with its sensitive harpsichord and basso continuo support. Also some particularly easy-onthe-ear softer engineering, which leaves just a little bit more space between musicians and listener than is often customary… All in all, proper top-drawer stuff.”
Gramophone, May 2018

“This is the sort of compelling release that should prompt purchasers to investigate Zelenka’s works further.”
MusicWeb International, March 2018

“The expressive power in slow movements stems from the wonderful suspensions between oboes (Dominik Wollenweber and Vilem Veverka). If I were to single out one for its beauty, it would be the Adagio of No. 4, which delights in clashing suspensions while the bassoon performs a relentlessly arpeggiated accompaniment of dotted rhythms.”
American Record Guide, June 2018

“This is a worthy new recording of these sublimely quirky pieces by Zelenka”
Fanfare, August 2018