My Country. A Cycle of Symphonic Poems 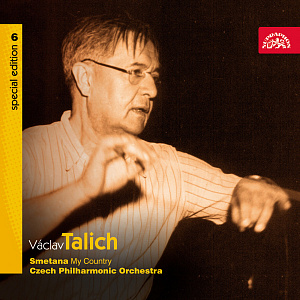 - One of the treasures of Czech music in a fascinating interpretation by the Czech Philharmonic, conducted by Václav Talich - majestic Vyšehrad, energetic Vltava, passionate Šárka, lyrical Fields and Groves, suggestive Tábor, triumphant Blaník.
- My Country - a lifelong artistic challenge for Václav Talich.
- "It is a most clear and dear expression which you convey to us with such love, which strengthens our hope and faith." wrote Talich's listeners of My Country during WWII.
- The third and most mature of Talich's recordings of My Country, following his versions of 1929 and 1940.