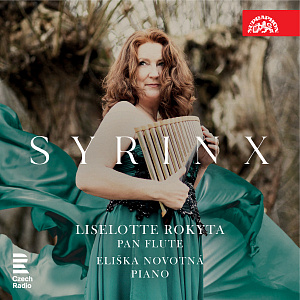 One of the oldest musical instruments we know of, the Pan flute was played in many antique civilisations. The sophisticated type used in Romanian folk music is the most familiar to a contemporary audience. The virtuosos who brought fame to the Pan flute in the second half of the 20th century include the Romanian musicians Damian Luca, Radu Simion, Nicolae Pîrvu, Gheorghe Zamfir and Simion Stanciu. Liselotte Rokyta studied with four of the "Big Five" and also gained authentic Pan flute skills from folk players during a number of visits to Romania. The present album documents that the Pan flute also occupies an indispensable position in classical music. The pieces by Bartók and Porumbescu are arrangements of Romanian folk dances, in which the Pan flute is commonly employed. Debussy composed his Syrinx for the transverse flute, to which the Pan flute (or syrinx) would seem to be an equal variant. The other arrangements are based on 19th- and 20th-century French composers' works for the flute, as well as the piano and organ. You may have been hard pressed to imagine pieces by Varése, Honegger or Messiaen played on the Pan flute, yet you will certainly be engrossed by Liselotte Rokyta's performance. The respective composers would undoubtedly have written music for the Pan flute too had they had available a musician of her quality.