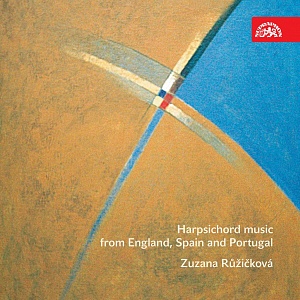 To celebrate the 85th birthday of the "First Lady of the Harpsichord", Supraphon is once more returning to Zuzana Růžičková's extensive discography. Hot on the heels of the previousrelease (SU 4117-2), dedicated to Bach, Scarlatti and 20th-century works, this CD is focused on the very beginnings of the history of the harpsichord and the music intended for this instrument.The period spanning the 16th-18th centuries delimitates (disregarding modern music) the entire epoch of the harpsichord's pre-eminence. Juxtaposing the harpsichord repertoire from the Iberian Peninsula with that hailing from the British Isles gives rise to interesting comparisons. Spain and England had bitter long-term political tensions, yet when it comes to the beginnings of music for keyboards we can find strong similarities between the two countries, including the influence of the powerful organ and lute traditions. Zuzana Růžičková's supreme musicality makes these recordings more than a document; her accounts allow this precious music to dazzle in fine shades of colour and light. These sublime recordings are being released on CD for the very first time.

Rediscovered gems recorded by the "First Lady of the Harpsichord"