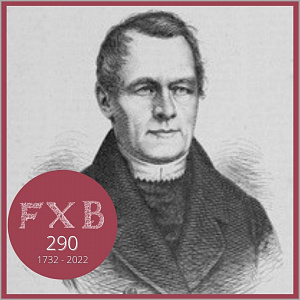 František Xaver Brixi (January 2, 1732 – October 14, 1771) was one of the most important Czech composers in the 18th century. He was the son of the famous Prague organist Šimon Brixi (1693–1735). Stylistically, his work ranks among pre-classicalism and early classicism. He greatly influenced his contemporaries with his compositional techniques. Brixi's compositions were among the most played in the Czech and other European countries throughout the second half of the 18th century.