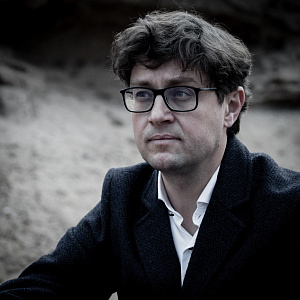 CHAMBER MUSIC AS A GOOD COACTION OF PARTNERS RESPECTING EACH OTHER

On 22 May, Supraphon released the album by the pianist Miroslav Sekera featuring works by Franz Liszt and Bedřich Smetana. We talked to Miroslav Sekera about the new release, about chamber music in general as well as about his plans for the future.

Miroslav, what was the major impulse behind your making an album of music by Ferenc Liszt and Bedřich Smetana?
I have always found Ferenc Liszt very interesting, even though he has often been viewed as a composer who only brought to bear an amazing technique. In my opinion, he was – along with Fryderyk Chopin and Robert Schumann – one of the greatest 19th-century music creators and pianists. When giving thought to making the album, I arrived at the conclusion that now I may be at the height of my powers and thus the time is ripe to record his works. I combined Liszt’s and Smetana’s music for several reasons – I am a Czech musician making an album for a Czech label and I am proud that we have such fantastic, globally celebrated composers. I hope that those who will listen to my CD will appreciate Liszt’s and Smetana’s mag­nitude.

Is it true that Liszt’s piano works are touchstones for performers? Are they really so challenging?
In technical terms, his works do contain a number of truly difficult passages. Yet I do not think it is right for pianists to focus primarily on the technical aspect of Liszt’s pieces. I would say it is more important to show their musicality, and make use of the technique so as to highlight the musical qualities, never vice versa.

Historical documents prove that Liszt and Smetana met. Is it true?
I think they met twice. Once in Prague and once in Weimar, where Liszt set up a noted music centre, an institute that was visited by many young composers and performers from all corners of Europe. Apparently, the two artists respected each other. It should be pointed out that the young Smetana aspired to become a pianist as renowned as Liszt, which is attested to by his early works. That is perhaps most evident from his piano sketch Macbeth and the Witches, in which he employed a great deal of Lisztean technical elements.

Smetana’s works for solo piano are mainly part of the repertoire of Czech musicians, they have not been overly performed by foreign artists worldwide. How do you perceive them within the European context?
I personally perceive Smetana’s music as being of global significance. It’s a pity that it isn’t as widely acclaimed as Liszt’s oeuvre. The reason may – paradoxically – be the fact that Smetana’s works are often even more challenging than Liszt’s.

You are known as a distinguished chamber musician, most frequently performing with the violinist Josef Špaček. How do you feel when being alone on the stage?
It is not in my nature to showcase myself merely as a soloist. I deem solo performance to be yet another wonderful discipline. And I also think that today it is important and necessary for musicians to be versatile.

How has your collaboration in the chamber music domain enriched your approach to solo performance, and what impact on you has your teaching at the Academy of Performing Arts in Prague had?
I regard chamber music as a good coaction of partners respecting each other. That which inspires me the most in the chamber music collaboration is the melodiousness of the violin, horn and human voice. I think that every pianist would like to be able to render a cantilena and a melody like a first-class singer.

Can audiences look forward to concerts at which you will play the works featured on the new Supraphon album?
I find it really regrettable that due to the current pandemic I could not give a recital within the Resonance Movers cycle, at which the new album was scheduled to be launched. But I believe that the concert will be included in some of the future series of the cycle, which has always taken place at the magnificent Convent of Saint Agnes in Prague. If the next season runs as planned, I will give concerts in Japan, where I have performed regularly. Besides solo recitals, I should get together with the legendary cellist Tsuyoshi Tsutsumi, who is said to have played Dvořák’s famous Concerto for Cello in B minor on a thousand or so occasions.

You recorded the present album at the Martinů Hall in the Liechtenstein Palace, which houses the Faculty of Music and Dance of the Academy of Performing Arts in Prague. What is your personal relationship to the place?
I admit that the place is close to my heart. It is not only my alma mater, but also my workplace. The Martinů Hall is where I gave my graduation recital, and I have experienced there numerous splendid concerts, so I wanted to make a recording at my home venue.