Invention No. 5 (A Game of Chess) for Wind Quintet 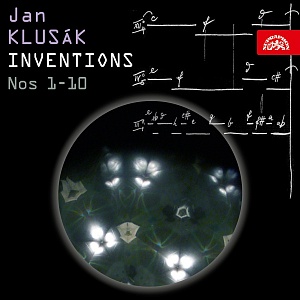 At home, the name of Jan Klusák (as an actor and composer) is most frequently connected with cult Czech films and the Jára Cimrman Theatre. Yet he is also the creator of remarkable and singular music. A pupil of Jaroslav Řídký and Pavel Bořkovec, he was among the first Czechs - the Communist regime's resistance notwithstanding - to embrace the techniques of the Second Viennese School, New Music, dodecaphony and serialism. The presented set of "Inventions" shows the ground Klusák has covered over the more than half a century since the first of them was completed (1961). "I denominated my form using the term known from J. S. Bach - invention, always the term for the form with a single musical idea... Only considerably later did I notice that since my first compositional attempts I have sought a musical form with a single theme, hence my strong interest in the fugue. Invention granted me the experience of feeling happy with the origination of a superpersonal order. Roman Berger said the following unforgettable words about the Seventh Invention '...clouds racking on the sky...' I would consider myself fortunate indeed if clouds racking on the sky were left after me in the world."

Jan Klusák's Inventions - half a century of spirited seeking of formal perfection.


Note: On 18 April, Jan Klusák is celebrating his 80th birthday.