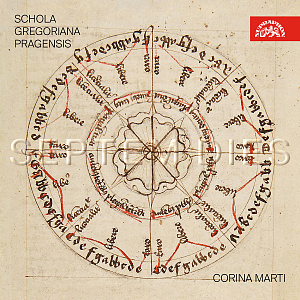 “It consists of excellent singers who fully command the art of legato singing. At the same time their diction is such that the texts are always clearly understandable, even in languages one does not understand, such as Czech. The clarity and transparency of sound are further assets of this choir, which is in superb form here… In short, this is a superb disc. Its theme, the selection of music and the performances justify a special recommendation.”
MusicWeb International, July 2021

“These are competent performances, full of spiritual fervour, and the singers don’t shy away from using subtle expressive nuances to help the music speak to modern ears. The lush church acoustic adds a bloom to the sound.”
BBC Music Magazine, September 2021

“The recording quality is rich and penetrating as, in just over an hour, seven excellent singers guide the listener through ‘the unique shaping of the students’ time in which the college’s founder designated specific topics for individual days of the week’ with chant and polyphony. The character of individual voices shines pleasingly through fine ensemble singing, directed by David Eben and with Corina Marti playing the clavisimbalum, with texts in the vernacular and Latin.”
Choir & Organ Magazine, November 2021

“This disc offers a most fascinating account of the musical world at and around Prague University. The programme does not only contribute to our knowledge of musical history, but also gives some idea about intellectual and cultural life at a university in the late Middle Ages. The singing is of the highest order, and the production is exemplary.”
MusicWeb International, December 2021