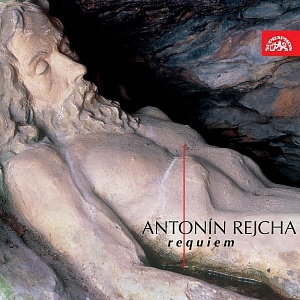 Spotify
Catalogue Number: SU 3859-2
Published: 26th September 2005
Genre: Vocal - Religious
- Antonín Rejcha (1770, Prague - 1836 Paris) was a respected professor of counterpoint and fugal technique at Paris Conservatory, and an author of pedagogical works which even Bedřich Smetana and Fryderyk Chopin studied. He wrote wind quintets, piano fugues, overtures and symphonies.
- It wasn't until the late 20th century that the discovery of his manuscripts in the Bibliotheque Nationale in Paris revealed that he was also a composer of large works for choir and orchestra.
- One such discovery was Rejchas's Missa pro defunctis - Requiem, written in Vienna, where Rejcha lived from 1802 to 1808 before settling down in Paris.
- The piece displays the characteristic marks of Rejcha's compositional style: chromaticism, a rich modulation scheme, colorful instrumentation and a sensitive musical expression of the meaning of the Latin text. Antonín Rejcha's Requiem - a new perspective on the composer's work