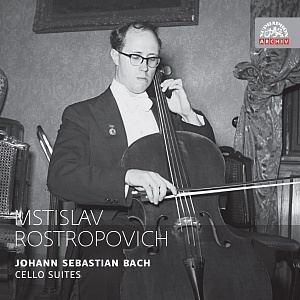 Today, Bach's suites form part of the repertoire of every distinguished cellist, and many of them have recorded the complete cycle. Yet when sixty years ago the twenty-four-year-old Mstislav Rostropovich (1927-2007) first performed all the suites in public, it was a trailblazing act, linking up to the previous endeavour of Pablo Casals. When this live recording was made in 1955 atthe Prague Spring festival, Rostropovich was 28 years of age. He astounded the audience with his youthful verve and surprising artistic maturity. At the festival Rostropovich met his lifelong love, Galina Vishnevskaya, whom upon returning to Moscow he married after several days of acquaintance. When in 1991 the cellist made a complete recording of the Bach suites in France, he was 64. Hence, all the more precious is this live recording from the Czech Radio archives, which waited more than half a century for its release. As a lover and connoisseur of wine, Rostropovich would certainly agree that some wines - and some recordings too - acquire a richer taste and a higher value over time.

A sensational, newly discovered 1955 Rostropovich recording of the Bach suites.