Ouverture a 7 concertanti ( in F ) 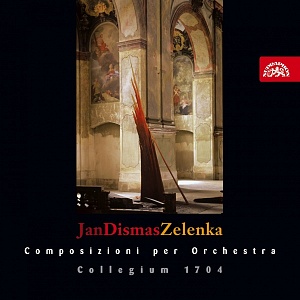 iTunes
Spotify
YouTube Music
Deezer
Catalogue Number: SU 3858-2
Published: 26th September 2005
Genre: Orchestral
Format: 1 CD
- Jan Dismas Zelenka (1679-1745), the famous Czech composer who worked at the court in Dresden most probably wrote the pieces on this CD in Prague in 1723 for the local orchestra of Count Hartig.
- Zelenka's music still surprises the listener more than 250 years later. It is truly unconventional even for audiences in the 21st century!
- The recording was prepared according to the original manuscripts archived in the Landesbibliothek Dresden.
- These compositions offer a glimpse into the world of one of the most original and noteworthy musical geniuses. Zelenka'sCompositions for Orchestra - works by one of the most noteworthy musical geniuses.