Symphony No. 7 in E major 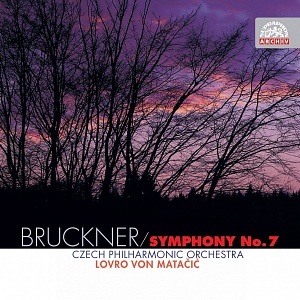 Bruckner: Symphony No. 7 in E major

Spotify
Catalogue Number: SU 3781-2
Published: 7th June 2004
Genre: Symphony
Format: 1 CD
To the casual observer, it might seem that recordings from the 70's, even digitally retouched, would be of little interest to the contemporary listener. Just the reverse, however, is true! World renowned Croatian conductor Lovro von Matačić was well acquainted with the Czech Philharmonic, thanks to his frequent guest appearances with them; furthermore he was a specialist in the romantic repertoire. Supraphon sound engineers Franišek Burda and Miloslav Kulhan had a God-given talent that leaves modern professionals shaking their heads at the sound they were able to achieve withonly two primitive microphones. Add to that the fact that Bruckner's Seventh Symphony ranks among the dozen best and most popular compositions from the second half of the 19th century, and the result is a combination that guarantees a truly extraordinary listening experience. This recording stands up to comparison with the best and most technically advanced recordings in the worldtoday.

Bruckner that won't leave you indifferent!