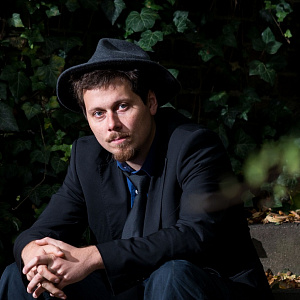 JIŘÍ SLAVÍK ABOUT HIS CHRISTMAS PROJECT

Path of Light is an extraordinary project of composer and multi-instrumentalist Jiří Slavík with voices and instruments of the orchestra and female choir of Military Arts Ensemble ONDRÁŠ. Together they bring to life new colourful arrangements of various Christmas stories found in typical Czech and Moravian carols. Interviewing Jiří Slavík before the release of this remarkable Christmas album.

Jiří, how did you get the idea of creating the Path of Light?

An initial impulse came back in December 2012, when I returned after almost fifteen years to a concert hall in my former music school in Havířov, where I played my very first concert on piano. This performance was entitled Winter Solstice and I arranged a few famous Christmas carols for it. The work on it was so much fun, that I thought it would be great to expand it further and possibly arrange it for a bigger ensemble.

Apparently, you have counted from the very start on collaboration with the Military Arts Ensemble ONDRÁŠ?

ONDRÁŠ is the only professional group of its kind in the Czech Republic that is able to interpret fully composed and complexly arranged music, which also contains a strong element of traditional stylishness, phrasing and expression. Over the past five years, we have collaborated together quite a bit on projects called Mothertongue and kRok za kRokem. By now they know very well how my musical mind works, so our mutual collaboration is quite easy and natural.

What was the most difficult aspect in making the album happen and what pleased you the most?

The composition happened in a period, when every person’s mental health underwent a difficult test. What pleased me the most was the enthusiasm and interest of all the interpreters – musicians as well as singers. This recording features a children’s choir too including my son and with their performance they have created an unforgettable experience for me, which brings me a lot of joy to this day.

Will the album be also performed at concerts?

The Path of Light will be filmed by the Czech Television in the beginning of November and broadcasted during advent time. There will also take place a number of public performances during December in the Czech Republic.