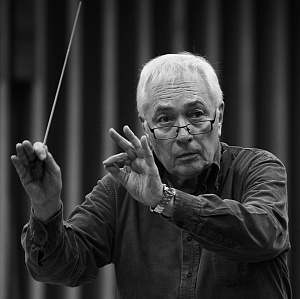 One of the most famous and important Czech conductors, Libor Pešek, died on Sunday, October 23. A conductor who spread the fame of Czech music far beyond the borders of the Czech Republic. A student of Václav Smetáček and Václav Neumann, he started with jazz and during his career he collaborated with many Czech and foreign chamber and symphonic ensembles. His collaboration with the Supraphon label started in 1961, when he made his first recording at Studio Domovina with Chamber Harmony.

Libor Pešek was born on June 22, 1933 in Prague, studied piano, trombone and cello in his youth. "It is good for a conductor to have experience with a stringed instrument, and a piano is necessary so that in his youth he can play scores that he only reads later," he declared.

In 2013, Libor Pešek took over Supraphon's Diamond record for 635,000 units sold. Four years ago, he won the Classic Prague Awards for classical music in the lifetime contribution category.