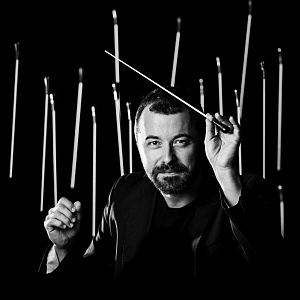 ON MILOSLAV KABELÁČ’S THE MYSTERY OF TIME

On 23 September 2022, Supraphon released a new Kabeláč album, made in collaboration with the Prague Radio Symphony Orchestra and the conductor Marko Ivanović. The album, titled The Mystery of Time, links up to the acclaimed complete recording of Kabeláč’s symphonies (Supraphon, 2016), thus supplementing the artist’s remarkable orchestral discography with further jewels. With his life and work, Miloslav Kabeláč, one of the greatest mid-20th-century Czech composers, foregrounded a highly topical theme: the necessity of not yielding to evil and commitment to humanistic ideals. He manifested both during the Nazi occupation and the time of Communist dictatorship in Czechoslovakia. Kabeláč himself wrote about his work: “It sprang from my human and artistic principles and views. Its fate will not depend on me. Only time will verify its value.” Kabeláč’s music has most definitely stood the test of time. Prior to the release of the new album, we talked about Kabeláč’s music with the conductor Marko Ivanović.

What do Miloslav Kabeláč and his music mean to you personally?

I deem Miloslav Kabeláč a truly singular 20th–century composer who has influenced several generations of Czech musicians, an artist whose life and work reflected the tragedy of the time he lived in. He was also remarkable due to having withstood the period political and aesthetic pressures, and remaining unwaveringly true to his creative beliefs, as a result of which all his music comes across as possessing an immense inner integrity. On the other hand, he evidently kept his finger on the pulse of the time, perceiving the trends in Czech and international music development. Consequently, although all his works bore a similar signature, the difference between the aesthetics of his early and late pieces is quite significant.

What was the most challenging aspect of exploring and rehearsing The Mystery of Time?

The Mystery of Time is conceived as a single gigantic dramatic arch, which must be built up in terms of tempo and dynamics. Leaving nothing to chance, Kabeláč furnished the score with numerous data and instructions, thus to a certain degree making the conductor’s work easier. While possessing a great potential to enthral the listener, The Mystery of Time places enormous physical challenges upon the orchestra. Accordingly, when rehearsing the piece, the conductor must also apply psychology, so as to persuade the musicians that the enormous effort they expend on the extensive piece is worthwhile, as it is paid back in the form of the audience’s enthusiastic response.

Kabeláč completed his final work, Metamorphoses II, just a few weeks before he died. What do you make of the piece?

Over the course of time, Miloslav Kabeláč condensed his musical idiom. His later works attest to his striving to get rid of the “superfluous”, to reach the core of the artistic message and convey it to the audience in the simplest manner possible. Metamorphoses II is a prime example in this respect. The succinct and terse treatment of the chorale Lord, Have Mercy On Us can be considered Kabeláč’s epitaph, and it is all the more powerful in comparison with The Mystery of Time, written decades earlier.

How was working on the album with the Prague Radio Symphony Orchestra?

Excellent. They are absolutely amazing and accommodating, possessing enormous experience with studio recording. What is more, Kabeláč himself worked at Czech Radio in Prague and used to conduct its orchestra. In this light, I feel honoured to have had the opportunity to record his orchestral pieces with the Prague Radio Symphony Orchestra in particular.