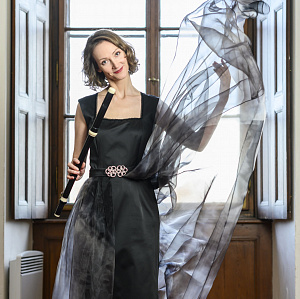 CONNECTS THE OLD AND NEW WORLDS

Since their formation 25 years ago, Collegium Marianum have performed 17th- and 18th–century music, primarily that of Czech and other Central European composers. Led by Jana Semerádová, the Prague-based ensemble have enjoyed acclaim on the part of domestic and foreign critics, and have been regularly invited to appear at major international festivals and prestigious concert venues worldwide. Over the past 15 years, Collegium Marianum have worked with the Supraphon label, which to date has released eight well-received albums of theirs, including within the revelatory Music of Eighteenth-Century Prague series. We talked about the new album, titled Cachua Serranita, to be released on 25 February 2022, with Jana Semerádová, the artistic director of Collegium Marianum.

How did you arrive at the idea of recording Cachua Serranita, an album featuring such an extraordinary repertoire?

Paradoxically, I was led to South American sources by a Czech composer who never left his native land, Jan Josef Ignác Brentner. His music, highly popular in his time, has been performed by our ensemble since the very beginning, and was featured on our first albums and concert programmes. The fate of Brentner’s sacred pieces, which Jesuit missionaries brought across the ocean to what is today Bolivia, inspired and led me to the “far side of the world”, where I discovered music that sounds similar to European Baroque works. My endeavour to connect the two distant parts of the world came to fruition when I put together musicians playing several instruments and singing, musicians possessing extraordinary improvisation skills, who are familiar with folk and ethnic music. The instruments include flutes, violins, violas, charango, violone and a small cimbalom.

What was the most interesting aspect of making the recording?

Our main aim was to capture the joy of improvisation, the thrill of coming up with new ideas. I think we have succeeded in this respect. We really enjoyed the audacious combination of Baroque instruments, the cimbalom and charango, which gave rise to further possibilities of improvisation.

What is it like to immerse oneself in Peruvian folk songs?

I myself consider it a form of musical therapy. All I have to do is listen to the melody brilliantly whistled by the violinist Jurko Sycha, and then I am borne on a zephyr that takes me all the way to the Andes...

Have you ever been to South America?

Unfortunately not. For a long time, I have really wanted to visit Bolivia and Peru, and our new album, Cachua Serranita, is a bit like a boarding pass... Jurko Sycha was in the Andes, from where he brought back a charango, as well as wonderful melodies that he has splendidly arranged and shared with us on the recording.

This year, we will organise the 22nd edition of the Baroque Soirées concert series and repeat the acclaimed performance of Acis and Galatea with puppets at the festival in Regensburg. In May we will appear at the Prague Spring within the Visions and Dreams project, premiering compositions written for our ensemble. And in the summer and autumn, we are scheduled to give beautiful concerts with the ltalian soprano Roberta Mameli.