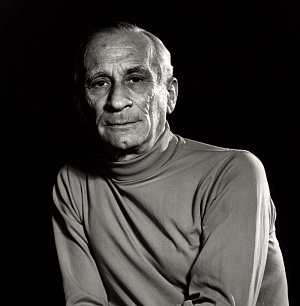 The unique Karel Ančerl Live Recordings compilation certainly deserves to be referred to as a major cultural event. The fruit of collaboration between Supraphon, Czech Radio and the Czech Philharmonic, the exclusive 15-CD box set contains previously unreleased recordings made by one of the most renowned 20th-century conductors. In the wake of its release, we talked about the legendary maestro and his remarkable recordings with Petr Kadlec, the director of the Czech Philharmonic’s department of education, who has written the text for the booklet of this extensive compilation.

Supraphon has just released a 15-CD set of live recordings Karel Ančerl made with the Czech Philharmonic, of which he was music director from 1950 to 1968. How does the project link up to the acclaimed 48-CD Ančerl Gold Edition?

The Ančerl Gold Edition comprises the conductor’s recordings with the Czech Philharmonic from the Supraphon archive. The new set exclusively features live recordings from the Czech Radio archives, including recordings of Czech Philharmonic concerts and one performance given by the Prague Radio Orchestra. The majority are recordings of pieces the Ančerl Gold Edition does not encompass. With a single exception, a recording of Smetana’s My Country made at the Prague Spring opening concert in the tumultuous year of 1968.

The compilation spans a very wide repertoire. Besides works by Dvořák and Smetana, and Impressionist music, it features pieces by Mozart and Beethoven, as well as by 20th-century composers and Ančerl’s peers, such as Iša Krejčí and Jindřich Feld. Does it reflect the entire range of the conductor’s musical interest?

We often tend to perceive Karel Ančerl as a conductor with a special penchant for 20th-century music. And attesting to such an assumption are his studio recordings of works by Prokofiev, Stravinsky, Bartók, Kabeláč and Slavický, for instance. Yet, in my opinion, perceiving him in such narrow terms is a simplification. The repertoire of his concerts prior to World War II, when he was principal conductor of the Prague Radio Symphony Orchestra, was immensely variegated. And that also held true when he worked with the Czech Philharmonic. We should bear in mind that Czechoslovak Radio also opted for recordings that were interesting for its archives. Accordingly, the set also contains pieces by Foerster, Novák and Suk.

How often during his tenure at the Czech Philharmonic did Karel Ančerl conduct orchestras in Western Europe and the USA?

From the 1950s, Ančerl guested with a number of orchestras all over the world. The great breakthrough was the extensive Czech Philharmonic tour in 1959. Ančerl regularly appeared with the Berliner Philharmoniker, he frequently visited the UK. In 1961 he conducted many concerts in Australia, and in 1967 he debuted with the Toronto Symphony Orchestra, whose principal conductor at the time – albeit about to leave – was 32-year-old Seiji Ozawa.

It may come as somewhat of a surprise that Karel Ančerl had received the offer to become music director of the Toronto Symphony Orchestra before he left his country in 1968. How did it come about?

Ančerl planned to divide his conducting between Toronto and Prague. A role in making this decision was undoubtedly played by the fact that it would be easier to establish closer contacts with North American orchestras, with whom he wanted to collaborate on a regular basis, yet his Czech Philharmonic obligations did not allow him to do so. His presumption would ultimately prove to be correct, for when he was in Toronto he made regular trips to New York and Cleveland.

Did Karel Ančerl return to Prague, to the Czech Philharmonic, following his emigration in 1968?

In the 1968/69 season, he did return to Prague, as he did not want to sever his contacts with the Czech Philharmonic. Not wanting to be deemed an emigrant, he formally explained his departure by citing retirement and failing health. Ančerl intensely communicated this matter with Ivan Medek, his close associate at the Czech Philharmonic, who after August 1968 was one of the few he trusted. He planned to give further concerts, as well as to make more recordings (among other things, he wanted to finish the complete Brahms symphonies project), yet he was afraid that the Communist regime would not let him go back to Canada or would blackmail him. Consequently, the last concerts Ančerl conducted in Prague were within the 1969 Prague Spring festival. His departure was to the great detriment of the Czechoslovak music scene...