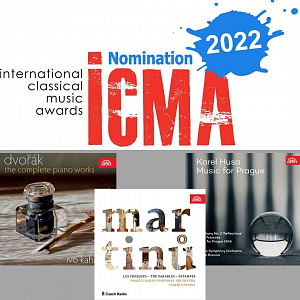 For the 2022 awards the Jury of the ICMA has nominated 377 audio and video productions from 129 labels. The finalists will be known by 14 December. The winners of the prestigious ICMA Awards will be revealed on 20 January 2022. The Award Ceremony and Gala concert will take place at the Philharmonie in Luxembourg on 21 April 2022, with the Luxembourg Philharmonic conducted by one of the Award winners 2022.