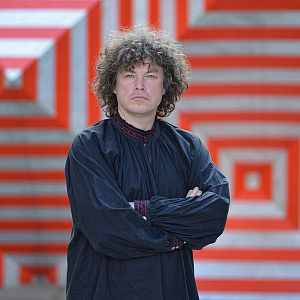 František Ignác Antonín Tůma was one of the Czech composers to have considerably influenced 18th-century European music. Along with J. D. Zelenka and G T. Muffat, he has been named among the finest pupils of Johann Joseph Fux, and, just like Zelenka, he rubbed shoulders with the political and social elite of his time. Linking up to the then receding Late Baroque, he embraced the novel idiom of the nascent Classicism, adapting to the new requirements of the time, with his music blending Baroque fervency with elements of Romantic sentiment. Tůma was highly esteemed in Vienna, and his sacred music even served as a model for younger composers, including Joseph Haydn and W. A. Mozart. Following four acclaimed recordings of F. X. Richter’s works, Czech Ensemble Baroque, conducted by Roman Válek and playing period instruments, have this time turned their attention to František Ignác Antonín Tůma. On 15 October 2021, Supraphon released their remarkable album featuring Tůma’s Requiem and Missa della morte in C. We talked to Roman Válek, artistic director and conductor of Czech Ensemble Baroque.

How did you get to know František Ignác Antonín Tůma’s music?
Due to traditional opinions, for a long time I had Tůma pigeonholed as an early-Classical composer. When preparing Stabat Mater, referred to as one of the few sacred pieces, I visited the RISM database of music sources, which presented nine versions of this church form. That stimulated my passion for exploration, and what I discovered truly astonished me. We can deem Tůma’s most significant period to have been from 1741 to 1750, when he served as Kapellmeister of the music ensemble set up by Charles VI’s widow, Empress Elisabeth Christine, in Vienna. Owing to the spiritual themes he focused on, his style was akin to that of J. S. Bach. Tůma had an unconventional approach to harmony and was a master of counterpoint. So I decided to show him to listeners in his true light.

What was the most difficult aspect of recording Tůma’s Requiem, and what surprised you most?
We had to bear in mind that we were reconstructing music that is based on the sound of the church organ. So we had to find a compromise between colla parte and solo instruments, and to render faithfully the coro favoriti versus tutti structure. That was a really tough nut to crack.

What do you value the most in his music?
Tůma is unrivalled in setting of musical subjects. He always strove for the melody to express precisely the content of texts. Eschewing the established clichés, which often resulted from the Fux tradition in Vienna, he was capable of making use of a smaller ensemble to produce magnificent music.

Will you be performing Tůma’s Requiem in concert?
Every project, with “Tůma” being no exception, has a concert phase, which is logically preceded by recording. The question is how long it will take the promoters of music events to begin giving appropriate acknowledgement to F. I. A. Tůmas’s legacy, as well as that of F. X. Richter’s, for instance, and directly ask for their works to be performed. Regrettably, to date they have only shown an interest in Jan Dismas Zelenka, while overlooking other similarly significant composers.