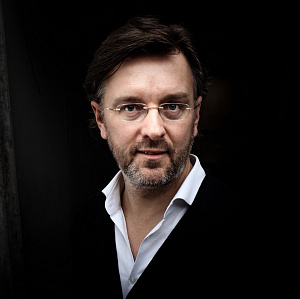 On 10 September 2021, Supraphon released a revelatory new album of the Prague Radio Symphony Orchestra conducted by Tomáš Netopil featuring late Bohuslav Martinů's gems composed between 1953 to 1958: Overture, Les Fresques de Piero della Francesca, The Rock, The Parables and Estampes. On the occasion of the release of this remarkable album, we asked the conductor Tomáš Netopil a few questions.

Maestro, how do you perceive Bohuslav Martinů’s late works? Why should they be admired and presented to music lovers?
I am fascinated by the wide range of compositional styles Martinů applied in these diverse works dating from his late creative period. Following the Baroque-like Overture, the listener can immerse himself/herself in the symphonic sonic opulence of Les Fresques, in which intense expression is brought about by dividing the string component into fine microworlds, which further enhances the full-blooded orchestral sound. The symphonic prelude The Rock constitutes an essential piece in the mosaic of Bohuslav Martinů’s late music. The end of it indicates a direct thematic inspiration for his next, more extensive opus – The Parables. And when it comes to Les Estampes, the final piece on the album, its tenderness and intimate nature reveal yet another facet of Bohuslav Martinů’s com­positional bounty, highlighting his great mastery.

How did the recording go?
The recording process was really intense, which was quite draining. A project of such great scope requires absolute concentration and discipline. Challenging indeed was the symphonic prelude The Rock, probably one of the least known Martinů works, which due to its technical and rhythmic difficulties demands enormous engagement. Yet I recall wonderful moments during the recording sessions, when the players had brought smiles on their faces, reflecting their sheer delight at the music.

What was collaborating with the Prague Radio Symphony Orchestra like?
I have worked with them for many years, and on every occasion I have felt enormously satisfied and happy. I primarily admire the orchestra’s immense flexibility, diligence, musicality and discipline, owing to which an extremely difficult task becomes a splendid memory.