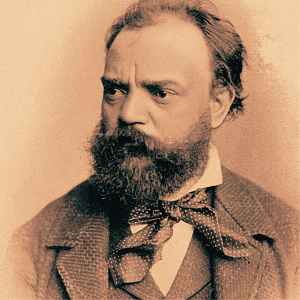 On 8 September 1841, a future famous composer Antonín Dvořák was born in Nelahozeves into a family of butchers and innkeepers. Although he showed excellent talents for the art of music, it took some time before he managed to convince his father to be able to study music in Prague and thus fully dedicate himself to the life of a musician. Today we commemorate the 180th anniversary of the birth of the composer, but also the conductor and pedagogue Antonín Dvořák, whose music grows from domestic roots and from the best traditions of classicism and romanticism, and has therefore managed to become internationally communicated and popular.

To mark this anniversary, Supraphon has prepared several new albums: a 4-CD set of The Complete Piano Works by Ivo Kahánek, a set of 3 vinyl records of acclaimed recordings of Dvořák’s Sympho­nies Nos. 8 and 9, Legends and Slavonic Dances performed by the Czech Philharmonic and the Prague Symphony Orchestra under the baton of Sir Charles Mackerras, and a special 3-CD set presenting a wide selection of the composer's chamber, orchestral and vocal works compiled by Patrick Lambert, a former long-time music editor and BBC Radio 3 producer and a great lover and connoisseur of Czech music, titled The Many Loves of Antonín Dvořák.