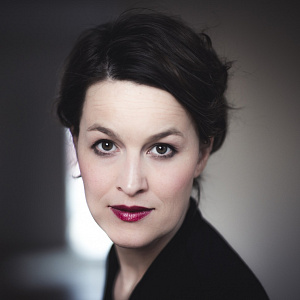 Tiburtina Ensemble’s subtle female voices have made the Jistebnice kancionál, a unique 15th-century handwritten hymnal, resound. A number of unanswered questions and mysteries still surround the manuscript. Yet the present album, made by the internationally esteemed Tiburtina Ensemble, lifts the veil of mystery to a certain degree, conveying the sheer beauty of the songs. “How wonderful my favourite Latin choral pieces sounded in Old Czech!" says Barbora Kabátková, Tiburtina Ensemble’s artistic director, who spoke to Supraphon in connection with its release of the recording.

Have you been to the South Bohemian village of Jistebnice?
I have passed through Jistebnice several times. Had I not known the Jistebnice kancionál and the story of its discovery, I probably would not even remember the village. But I’m not saying that it isn’t a nice place to live!

The Jistebnice kancionál contains Easter liturgy music – what is it that makes the hymnal so interesting?
As a whole, the Jistebnice kancionál is immensely precious. The bulk of the choral music intended for the most important feasts of the liturgical year it contains is intended for Lent and Easter. The most engrossing pieces for the Paschal Triduum include “pseudo-lamentations”, inspired by Jeremiah’s La­mentations. One of them, an emotional account of the Passion of Christ, is featured on our album.

Is Old Czech difficult to understand and work with?
Yes, it is, primarily because – just like with all archaic languages – you cannot consult the pronunciation with an authentic, native speaker. Learning the texts wasn’t that bad, as it is quite similar to contemporary Czech, although sometimes this similarity was quite misleading. What’s more, we were not at all sure about some words whose spelling differed in individual pieces within the manuscript.

Do you think that music can work as a time machine, with the Jistebnice kancionál and your recording affording us the opportunity to peep into the 15th century?
I will gladly leave it upon the listener to judge. It all depends on everyone’s zest and imagination!

What do you deem to be the greatest revelation of the Jistebnice kancionál?
I didn’t anticipate finding quite so much beautiful music there. During my musicology studies, I only had a superficial knowledge of the source, and nothing motivated me to examine it more closely. Only the research carried out by Hana Wörner–Vlhová opened my eyes and spurred me to explore the manuscript thoroughly. I personally consider its greatest value to be the contents, in terms of music and text alike. The hymnbook provides us with an intimate insight into the people living in the late 14th and early 15th centuries.

Will you be presenting the Jistebnice kancionál repertoire in concert once the coronavirus situation so allows?
Our plans go right the way through to 2023, yet the question remains of which of them will actually come to fruition. But I am an optimist, so I really hope that we’ll give the premiere of the Jistebnice kancionál repertoire at a concert that should be taking place in June within the Concentus Moraviae festival in Velké Meziříčí. In the summer, we are scheduled to perform a variety of programmes in the Czech Republic, Spain, Belgium, the Netherlands and Germany. Next year, I hope, we will make our North America debut, which was shifted from this January.