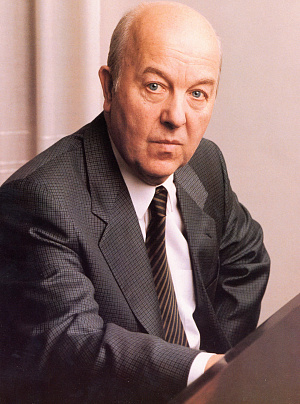 The anniversary collection of 11 CDs and DVD titled Portrait featuring Ivan Moravec's the most significant and unique recordings made between 1962 and 2000 for Supraphon and several US labels as well as a DVD with a documentary and previously unseen footage from the Czech Television archives received a wonderful review in The Independent.

„Many musicians have been hailed as ‚the pianist’s pianist‘ or ‚a poet of the piano‘, but in the case of Ivan Moravec those appellations are absolutely true. Born in Prague in 1930, the composer had a career spanning more than half a century, and although he and the international piano circus passed each other by – I never saw a profile of him in a national newspaper, and his one flirtation with showbiz was a brief appearance in the film Amadeus – his army of loyal fans were testimony to his particular kind of excellence.
The subtlety of his pedalling was the perfect complement to the richness and beauty of his tone. And his own description of his objectives in performance speaks volumes: ‚The ideal mental or inner position of a player is to play as somebody else would play for you.‘ In other words, with a compulsion to communicate. This 11-CD set reveals his brilliance with the composers whose music most requires this approach: Mozart, Beethoven, Chopin, Debussy, Franck, and Ravel.“