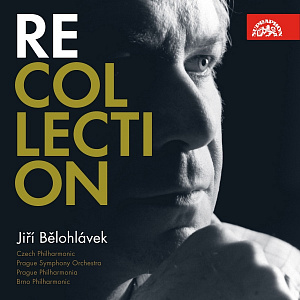 On 24 February 2021, the globally renowned Czech conductor Jiří Bělohlávek would have reached 75 years of age. His life can be briefly described by enumerating the greatest of his achievements (Chief Conductor of the Czech Philharmonic, BBC Symphony Orchestra, guest conductor with the Berliner Philharmoniker, New York Philharmonic, Royal Concertgebouw, appearances at the MET, Glyndebourne, etc.; holder of the Commander of the Order of the British Empire /CBE/ title). On this occassion we would like to remind the 8CD box-set titled Recollection featuring twenty-three pieces taken from the almost three hundred pieces from Supraphon archives recorded in the years 1971–2016, which was released in 2018.

Watch the video by David Hurwitz, the executive editor of ClassicsToday.com, who talks about this outstanding collection.

„Entitled Recollection, this very well curated boxed set contains a splendid selection of the late Czech conductor Jiří Bělohlávek's best recordings, including music by Smetana, Dvořák, Suk, Martinu, Bartók, Ravel, Mozart, Mendelssohn, Fibich, Schoenberg, Haas, Mahler and Janáček. The booklet has been very nicely prepared to give a fair appraisal of the conductor's work, and the entire production bespeak the care and class that went into its preparation. A real collector's i­tem, this.“