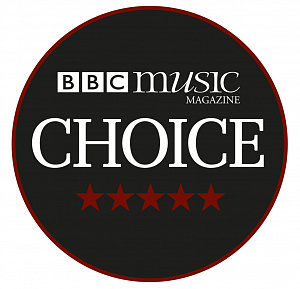 In September 2020, Supraphon released the Smetana Trio’s new album featuring Ludwig van Beethoven’s Piano Trios which marks the 250th anniversary of Beethoven's birth. The album has received a wonderful review together with Editor's Choice in the Christmas issue of BBC Music Magazine.

„Even in 2020’s crowded field of Beethoven recordings, this one by the Smetana Trio stands out. Their double album frames the familiar Archduke and Ghost Trios with the Op. 1 No. 3 and Op. 70 No. 2, and all four works come across with vibrant, persuasive energy in the warm but clean acoustic of the studio. From its deceptively gentle introduction onwards, the opening movement of Op. 1 No. 3 has a weight to its tempo that keeps it swinging like a pendulum, and the closing movement has more urgency and turmoil than many groups would be able to fit into its relatively conventional rondo structure. The beginning of the Archduke is dreamier than some – Jitka Čechová’s gently pulsing piano accompaniment here and elsewhere can sound mysterious and modern – allowing room to grow into jubilation at the end of the first section. Čechová can be suave one moment, kittenish the next; indeed, from the heightened colours and contrasts of the Ghost Trio’s slow movement to the blanched, church-like tone of the call-and-response passages in Op. 70 No. 2’s third movement, all three musicians bring plenty of personality. The truly striking thing is how seamlessly they work together. Jan Talich’s violin tone can be velvety and almost viola-like, meaning he shares a genuine tonal middle ground with Jan Páleníček’s cello; this in turn acts as a springboard for Čechová’s tonal nuance. It all makes for an extensive colour palette, imaginatively applied but never overdone in these exuberant and hugely enjoyable performances.“