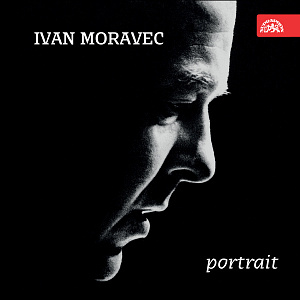 If he were still with us, Ivan Moravec, deemed by many the finest 20th-century Czech pianist, would be celebrating his 90th birthday on 9 November. Supraphon is marking the anniversary with the most complete collection of his recordings to date, titled Portrait. The release, encompassing 11 CDs, features the most significant and unique recordings Moravec made between 1962 and 2000 for Supraphon and several US labels. The set also included a DVD with a documentary and previously unseen footage from the Czech Television archives. Supraphon released the collection on 23 October.

The position Ivan Moravec occupied among pianists of global calibre was clearly confirmed in 1998, when a 2CD volume featuring his recordings was included in the Philips Records “Great Pianists of the 20th Century” box set. The UK’s Gramophone lauded Moravec as “the pianist’s pianist”, while France’s Repertoire referred to him as “the most closely guarded secret of the classical music world”. On 9 November, music lovers all over the world will commemorate the 90th anniversary of the artist’s birth.

“We simply could not overlook such a major anniversary. Ivan Moravec recorded for several, mainly American, labels; hence, his recordings are quite scattered and often unavailable. We saw a great opportunity for a great project. Mrs Zuzana Moravcová, the pianist Jan Bartoš and Supraphon have succeeded in putting together a collection that constitutes a true portrait of Moravec. The compilation includes his core repertoire, as well as unique recordings that are now being released on CD for the very first time. We took great pains over seeking out the most authentic sources and paid great attention to the sound; wherever it was possible, we remastered the original analogue tapes, while in some cases we had to transfer the tracks from a gramophone record, since there is no other source. The audio quality of the majority of the current recordings is better than it ever was,“ said Matouš Vlčinský, Supraphon’s clas­sical music chief producer.

The bulk of the recordings were made for the Connoisseur Society in the 1960s, but the set also contains pieces for Supraphon, Dorian, Nonesuch and Vox. It comprises the complete Moravec's reper­toire of Beethoven, Schumann, Debussy, solo Franck, Janáček and Chopin’s Mazurkas. The booklet provides an exhaustive account of the pianist‘s artistic development, from the early 1960s to the end of the millennium. The DVD presents unique material too – from the oldest Czech Television footage capturing Moravec in action to an intriguing one-hour documentary showing the artist at the very peak of his illustrious career. “I am one of those fortunate enough to have known Ivan Moravec in person. I think that the documentary and the recordings alike provide a faithful account attesting to what a great artist and exceptional man he was; they are very personal and intimate, touching the listener’s heart. With this portrait, we strove to mediate a close encounter with Ivan Moravec,“ Matouš Vlčinský added.

Portrait affords in high audio quality more than 17 hours of music recorded by Ivan Moravec, a pianist whose virtuosity has been admired worldwide.