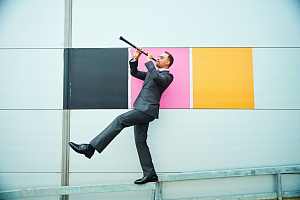 VILÉM VEVERKA ABOUT HIS NEW ALBUM

On 9 October, Supraphon released the new crossover album by the world-renowned oboist Vilém Veverka made with his Ultimate W Band. We talked with Vilém Veverka about this new release.

The new album’s content was compiled over the period of two years, as you mentioned in the booklet. Is that indeed the case?
Yes, everything was thought through to the finest detail, we left nothing to chance. We paid great attention to the selection of the works and their sequencing. It may seem that we just strung together pieces we like, pieces that listeners would be fond of too. Yet the very opposite was the case – it really did take us two years to prepare the album, with the process lasting until the very week prior to the launch of the recording, when the composer Martin Hybler brought to me the score of his Kickdown. There was absolutely nothing random or accidental about the album’s planning.

The new album contains two refined arrangements of classical pieces. One created by Marián Varga (of the third movement of Joseph Haydn’s Concerto in D major for piano), the other by Martin Hybler (of Antonio Vivaldi’s Concerto in F major for oboe). What led you to include them on the album?
The primary impulse was Marián Varga’s art-rock arrangement dating from the 1970s, which captivated me several years ago. From there it was a short step to turning to Martin Hybler and asking him to treat Vivaldi’s music.

How did you get to the Miroslav Žbirka and Led Zeppelin songs?
As regards Miroslav Žbirka, the idea to feature his music on the album came from Martin Hybler, who has collaborated with him for years. I had the opportunity to acquaint myself with the Žbirka song more than a year before the recording began. The producer Matouš Vlčinský immediately agreed with putting it on the album. When it comes to Led Zeppelin’s Kashmir, I deemed it to be a certain challenge – of entering the world beyond art music and seeing whether I was capable of working on such a piece. I must admit that it was quite a lengthy process, but owing to Vít Chudý, who arranged the song, the result is really good.

Could you tell us something about Ultimate W Band, who accompany you on the new Supraphon album?
The ensemble is made up of musicians who rank among the finest in our country – Lukáš Polák, Karel Untermüller and others, every single one them simply superb. When we look at the name, “ultimate” refers to the performance quality, as well as the repertoire. The “W” logically evokes my name, indicating that I myself am at the helm. I believe that my colleagues are just as excited about the project as I am.

Can concert-goers look forward to hearing the album tracks live?
Each and every project I have done has been performed live. One of the crucial events will be the concert scheduled to take place on 26 November at the Saint Anne Church (Prague Crossroads), which will be filmed by Czech Television. We will present the music featured on the album, which will be launched on that very occasion, with Miroslav Žbirka being the godfather. In addition to Žbirka and Pavel Šporcl (another guest playing on the new CD), I will also perform along with the guitarist Michal Pavlíček. We would like to unveil together the future outline of the Next Horizon project, shifting of the possibilities and boundaries of music.

Have you given any thought to your next album?
I have a number of recording projects in mind. One of them could directly link up to the new album. Over the past few years, Supraphon and I have discussed recording of Bohuslav Martinů’s and Richard Strauss’s con­certos. There are plenty of pieces, and I could currently prepare and accomplish five or more titles. I am immensely fortunate that my dreams have come true, that I have been able to make recordings regularly, almost a CD a year. On the other hand, I would also like to point out that an important role is played by economic aspects, on the basis of which we decide whether we will plunge into a new project. By and large, recording is also an investment.