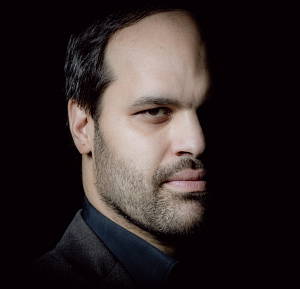 The new album, made by Jan Bartoš in collaboration with the conductor Jakub Hrůša and the Prague Radio Symphony Orchestra, contains Vítězslav Novák‘s Piano Concerto in E minor, the piano cycle At Dusk, Op. 13 and Toman and the Wood Nymph – Symphonic poem for large orchestra, Op. 40. We talked with Jan Bartoš about this new release.

What was your prime impulse for exploring Vítězslav Novák’s Piano Concerto and why did you decide to include the work on the new Supraphon album?
When, five years ago, I was studying the Piano Concerto in G minor by Antonín Dvořák, I ascertained that Vítězslav Novák, a renowned student of his, wrote a piano concerto too. Later on, I found out that, even though Novák’s work had been performed in Prague, it was neglected. And when I first played it for myself, I resolved to learn the piece. Following several performances at concerts and positive responses, Supraphon and I agreed that Novák’s concerto certainly deserved to be recorded.

Why do you think that there are so few Czech piano concertos dating from the periods of Romanticism and Modernism?
There are only three concertos from the Romantic era – Dvořák’s, Novák’s and Karel Kovařovic’s – yet many more have survived from the era of Czech Modernism. Bohuslav Martinů alone wrote five piano concertos, Leoš Janáček composed the Concertino and the Capriccio, and intriguing concertos were conceived by Viktor Ullmann, Jaroslav Ježek, Pavel Bořkovec, Viktor Kalabis, Radim Drejsl, Petr Eben, Miloslav Ištvan, Jan Kapr and many others. Pianists have plenty to choose from.

What makes Novák’s concerto difficult to perform?
The concerto is atypical due to the long piano solos alternating with expansive purely orchestral passages. Maintaining it as an integral whole, building the long phrases and large arch is really challenging. On the other hand, it is remarkable that, as regards natural piano stylisation, the young Novák was far more dexterous than his teacher Dvořák was in his Piano Concerto in G minor.

Vítězslav Novák was reputedly not satisfied with his piano concerto. Is it true?
Yes, it is, but we should perceive it within a wider context. Novák was not satisfied with many of his works, notwithstanding that the audience responded to them keenly. He was generally highly self-critical, revising a number of his works. It is also important to understand why Novák disliked his piano concerto. Noteworthy in this connection is the fact that when Dvořák in his letters to Janáček complained that some of his conservatory student refused to write in the national style, “rather looking about the world”, it was Novák in particular whom he bore in mind. Novák admired Schumann and Brahms, as well as Grieg and Liszt – and the first two movements of his concerto clearly reveal such influences. Nevertheless, Dvořák was obstinate and did not leave his student alone. And since Novák immensely respected Dvořák, he ultimately yielded to his pressure and wrote the third movement of the concerto in the Czech furiant style. Yet he would soon regret his decision and refused to perform the concerto. Only two decades later, in 1915, would he acquiesce to its being premiered, by the Czech Philharmonic.

What led you to include Novák’s cycle At Dusk on the new album?
Vítězslav Novák wrote many intimate lyrical pieces for the piano. The cycle is the last work dating from Novák’s first, let us say, Romantic, period, while also ushering in his next creative phase, in which he embraced Moravian/Slovak folk music. Contrariwise, the two Serenades evoke the melancholy atmosphere in Prague at the end of the 19th century. Although ranking among the least-known Novák cycles, I personally deem it one of the most engrossing of his opuses.

What about Novák’s inspiration by J. S. Machar’s poems?
Vítězslav Novák was indisputably the most learned major Czech composer, possessing a profound knowledge of the arts. A voracious reader, all his works reflect literary inspiration. His famous composition Pan, for instance, drew upon Knut Hamsun’s eponymous novel. Machar was his contemporary and Novák felt a very close affinity to his subjective dark lyricism. Yet it is not programme music, Novák merely absorbed stimuli. One of the quotations reads: „I like staring into the fireplace, with the glowing charcoal silently blazing, like an aureate flaming mixture, and I feel melancholy, contemplative, like when looking at the sky at dusk“. We should not forget that Novák’s greatest models were Schumann and Brahms, who too had a penchant for applying German verse as mottos for their compositions.

What does working with Jakub Hrůša mean to you?
I was really delighted to have the opportunity to work with Jakub. I admire his artistic and personal qualities, but I also highly esteem how he has been promoting Czech music abroad, with his concert programmes encompassing both music by famous and lesser-known composers, in many cases of which it requires great courage. Who a few years ago could even have conceived the Berliner Philharmoniker performing Miloslav Kabeláč’s The Mystery of Time? When I contacted Jakub, he was focusing on Novák, conducting his symphonic poems at concerts at home and abroad alike. So he responded to the idea of a joint project with enthusiasm.

What was recording with the Prague Radio Symphony Orchestra like? And can you sum up your hitherto collaboration with them?
My very first appearance with the orchestra was two years ago, when we performed Novák’s Piano Concerto. I think they comprehend the music very well, immediately connecting with its nature. Besides playing Novák’s piece, last year the orchestra and I performed together Sergey Prokofiev’s Piano Concerto No. 1 at a concert opening the Leoš Janáček International Music Festival in Ostrava. It too was a pleasant experience.

Do you plan to perform the piano compositions featured on the new album at concerts in the upcoming season?
I definitely intend to perform Novák’s works in this and the following seasons alike. My love of his music remains undiminished with the release of our new album.

Which performances, either in the Czech Republic or beyond, do you look forward to giving in the new season?
I look forward to my first collaboration with the extraordinary pianist Miroslav Sekera, a friend of mine. Moreover, I look forward to the Beethoven recital I am scheduled to give at the Lípa Musica international festival, and the performance of Janáček’s complete piano works at the Janáček Brno 2020 festival.

Have you given aby thought to your next album?
If a musician’s career is to make any sense, he/she must think well in advance, including when it comes to recording projects. Over the next few years, I will definitely devote to the composers whose works have long been maturing in my mind and heart – Smetana, Suk, Brahms and Schönberg.