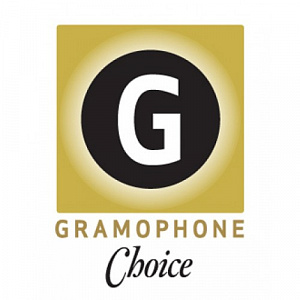 On May 2020, Supraphon released for the first time a unique recording of the performance of Bedřich Smetana’s opera Libuše on 29 May 1939 at the National Theatre in Nazi-occupied Prague. The album has received a wonderful review together with Editor's Choice in Gramophone October issue.

„Back in November 2010 I welcomed an electrifying live performance of Smetana’s Má vlast given in Prague by the Czech Philharmonic under Václav Talich on June 5, 1939, less than three months after the Nazis had occupied the city (Czech Philharmonic/Su­praphon). It won a Gramophone Award and I had the privilege of sharing an Awards dinner table with Talich’s delightful daughters. Little did I know then that there would be more to come, ‘The Prophecy’ from Act 3 of Smetana’s Libuše, again recorded live under Talich, this time on May 29 with the Prague National Theatre Chorus and Orchestra, though the Prelude is taken from a shellac disc that Talich made with the Czech Philharmonic in 1940. But the opera fragments are what make this CD unique, especially the intense portrayal of Libuše herself by the then-young soprano Marie Podvalová, bold, fearless singing, almost always dead in tune like a knife in the heart. Other singers involved include the bass Vilém Zítek, who we’re told hated making records, but what a voice. Once through a ceremonial procession comes Libuše’s prophecy, the heroine proclaiming ‘My dear Czech nation will survive, and gloriously, gloriously overcome the horrors of hell’. A prophecy realised only in part, tragically, but still the nation did survive, as it did the trials of Communism that challenged it soon afterwards. Sound quality is variable (the excellent booklet offers chapter and verse on the remastering process) and as with Má vlast the performance is tailed by thunderous applause, with the Czech national anthem proudly intoned by the audience. There are ‘historic’ (ie old) recordings, and historic recordings (recordings of history being made). This release is most definitely in the latter category. Snap it up before the deletion axe beats you to it.“