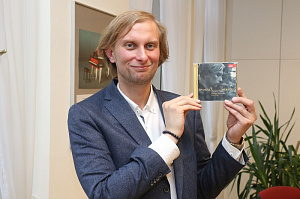 The album featuring Dvořák's and Martinů's Piano Concertos performed by Ivo Kahánek, Bamberger Symphoniker and Jakub Hrůša together with the album of Martinů's Songs recorded by Martina Janková, Tomáš Král and Ivo Kahánek have been nominated for International Classical Music Awards (ICMA) 2020.

For the 2020 awards the Jury of the ICMA has nominated 390 audio and video productions from 130 labels. The finalists will be known by December 16, and the ICMA winners will be published on 21 January 2020.

The Award Ceremony and Gala concert will take place at the Teatro de la Maestranza in Seville, Spain, on 30 April 2020, with the Royal Symphony Orchestra of Seville conducted by John Axelrod.