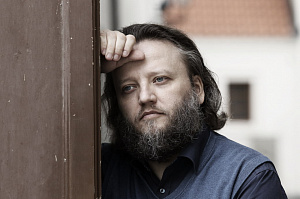 AS PERFORMED BY JOZEF BENCI

On 14 June 2019, Supraphon will release the album Russian Romances, as performed by the superb Slovak bass Jozef Benci, accompanied by the pianist Jana Nagy-Juhász.

In the 19th century, composers sought inspiration in poetry, the simplicity and modesty of folk songs. Romances reflecting on loneliness, betrayed love and the misery of the abandoned occupied a special position in Russian lyric poetry in the first half of the 19th century, represented by A. S. Pushkin and other writers. Based on the Romantic poets’ works, composers expressed their own intimate feelings, as well as muted defiance. One of the first to have written romances was Mikhail Glinka, the founder of the Russian nationalist music school. A whole generation of his successors, including P. I. Tchaikovsky, embraced the genre, creating numerous romances, mainly set to contemporary Russian poetry. Especially noteworthy among such works is M. P. Mussorgsky’s cycle Songs and Dances of Death, made up of four pieces depicting the horror and bizarreness of death, referred to by the composer as “danse macabre”.

Jozef Benci is a highly esteemed opera and oratorio singer, a soloist of the Slovak National Theatre in Bratislava, who has worked with the Czech Philharmonic and the BBC Symphony Orchestra, conducted by Jiří Bělohlávek, performed with Edita Gruberová and other renowned artists. Owing to his robust, yet highly sensitively led voice, a remarkable sense for songs’ intimate nature, as well as an immaculate diction, he is a brilliant performer of Russian romances. We asked Jozef Benci a few questions.

Mr. Benci, who did you arrive at the decision to make an album of Russian romances?
I performed Russian music while I was still as student. Naturally, it included songs and romances. I continued to extend my repertoire, and concurrently kept singing the older pieces. One day I realised that the time was ripe to make an album of Russian romances by various composers. Regrettably, the CD simply could not encompass all the songs I am fond of, for instance, Rachmaninov’s ro­mances. Yet I hope that sometime in the future I will be able to record a separate album, solely featuring Rachmaninov’s songs and romances. We will see.

In what respect are Michail Glinka’s pieces extraordinary?
I consider Glinka’s romances to be essential for understanding Russian songs. Glinka himself drew upon Italian bel canto, and his romances possess levity and airiness, the quintessential qualities of Italian music. The harmonic basis is rather simple, with a beautiful melody bearing delicate strokes of Russian nostalgia.

How challenging are Mussorgsky’s Songs and Dances of Death?
The Songs and Dances of Death is a truly magnificent work, which indeed represents a challenge for many singers. Perhaps everyone encounters death, in different situations and phases of life. In the songs, Mussorgsky presents four depictions of people facing up to death. The cycle affords immense scope for interpretation, yet the performer must delve into different situations. The songs are extremely difficult to sing, and it took me a long time to comprehend them.

Performance of songs requires a great sense of intimacy, the ability to feel and express the atmosphere. How do you perceive it?
Songs are like catharsis, allowing me to immerse myself in the depth of the soul, to seek sincere answers and bring to bear delicate dynamic nuances. I am glad that besides appearing in opera productions I can find time to explore and perform songs.