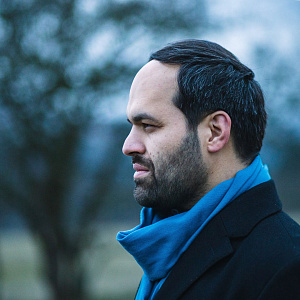 Jan Bartoš is a holder of the Professional Studies Diploma from the Manhattan School of Music in New York and a doctorate from the Academy of Performing Arts in Prague. Furthermore, he has received the prestigious Dutch Rucorva Trust Award, the German Rotary Musikförderpreis and accolades at three competitions in New York. His double album of Beethoven’s works received a very positive review in BBC Music Magazine. Supraphon released a new recording of his, featuring Leoš Janáček’s works. Jan Bartoš talked to us about the project.

Leoš Janáček wrote his first opus, Thema con variazioni, at the age of 26, when he was studying at the Leipzig Conservatory. The piano miniature Reminiscence is one of the last pieces he composed. How do you perceive the two works?
Janáček dedicated his first opus to his fiancée Zdenka Schulzová. At the time, his ambition was to pursue a career as a pianist, which clearly reflected in its virtuosic character. Even though it is a high-quality piece, its variations seem to reveal Janáček’s embracing a number of contemporary trends. In my opinion, he was most significantly inspired by Mendelssohn-Bartholdy’s Va­riations sérieuses and Schumann’s sty­lisations, which were particularly palpable in Papillons and, later on, in Carnaval. Just as Chopin and Paganini pass through Schumann’s masked ball, in his variations Janáček too appears in the “guise” of other composers. In the first variations, we can recognise Schumann, while the next ones are reminiscent of Tchaikovsky, Liszt, Brahms and Busoni. The variations are significant, because the introduction for the very first time features the primary “female” theme, which would reoccur in Janáček’s later works, including the Piano Sonata 1. X. 1905 and On an Overgrown Path. It would seem that Reminiscence echoes Janáček’s memories of Kamila Stösslová, his Muse when he was an old man. A kindred theme is to be found in his opera Katya Kabanova. The structure of Reminiscence is similar to that of the first three pieces of the cycle In the Mists, with the music in the outer sections having vague outlines and reminiscence emerging. In the middle part, they come to the fore and the past painfully “resurges”, before it again recedes back to the mist. Such a narrative is typical of Janáček’s pia­no works.

Janáček wrote his three essential piano works, 1. X. 1905, On an Overgrown Path and In the Mists, between 1900 and 1912, which was a difficult phase in his life. They are perhaps the most personal, most intimate pieces he composed. What was the greatest challenge, and what was the easiest thing, when recording them?
Performing Janáček’s music entails a major problem. You must play it accurately, since rhythm and time are of vital importance, while you are also often supposed to improvise. More than any other music can it be harmed by anything that comes across as prepared and learned in advance. Its performance should give the impression of being impulsive, as though created here and now. According to Janáček, the piano should sound like the “cimbalom in the open air”, which he deemed to be ideal. At the same time, he had a keen interest in the psychology of music, a subject on which he even wrote absorbing essays, which I recommend everyone to read. Consequently, performers must have the sense for nuance, thorough work with the time and reverberation, and overall understanding of the nature of Janáček’s music. Very little of it is written in notes. I have played Janáček’s music since I was a teenager, and I have regularly performed it at my concerts for over two decades. Perhaps I am not too audacious to claim that a few notes suffice and I immediately find myself in the Janáčekesque landscape.

Being rooted in folk music and the Silesian origin are what you have in common with Janáček. What crosses your mind when Silesia is mentioned?
I recollect my childhood, as I spent the first 11 years of my life in the region. My childhood was happy indeed. It was the old, peaceful world, without mobiles and computers. Two things in particular cross my mind. The melancholy landscape with the mysterious hills of the Jeseníky mountains and the music that I heard at home all the time. Every member of my family played an instrument, and I myself spent my leisure time at the piano from the age of five. I also composed music. The very first piece of mine, which I wrote when I was six, bears the same title as Janáček’s final piano opus – Reminiscence. Yet my composition was more dolorous than that of Janáček’s.