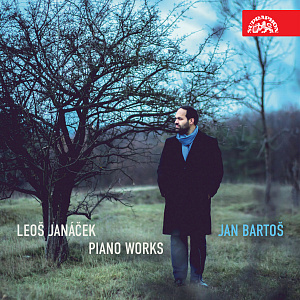 JAN BARTOŠ HAS MADE A NEW ALBUM

On Friday 31 May 2019, Supraphon will release a new album made by the pianist Jan Bartoš, featuring Leoš Janáček’s pia­no works.

Before he was completely overwhelmed by love for composing, Leoš Janáček strove to pursue a career as a virtuoso pianist. He was closely familiar with the instrument, which allowed him to share his innermost emotions and feelings. Janáček wrote his first opus, Thema con variazioni, at the age of 26, when he was studying at the Leipzig Conservatory. The miniature piece Reminiscence is one of his last scores. The composer conceived his three essential piano works, 1.X. 1905, On an Overgrown Path and In the Mists, between 1900 and 1912, which was a difficult phase in his life. They are the most personal, most intimate pieces he wrote. Janáček was inspired by the sound of the cimbalom, an instrument he often heard when collecting folk songs in Moravia.

Jan Bartoš said: “Performing Janáček’s music entails a major problem. You must play it accurately, since rhythm and time are of vital importance, while you are also often supposed to improvise. More than any other music it can be harmed by anything that comes across as prepared and learned in advance, as something definitive. Its performance should give the impression of being impulsive, as though created here and now. That can, of course, be said about other composers’ music, yet in Janáček’s case it is absolutely essential.”

The genes of the pianist Jan Bartoš evidently bear the traces of the ample musical tradition of his ancestors, including his grandfather, a cimbalom player. The legacy of folk music and the Silesian origin is what Janáček and Bartoš have in common. In his account of Janáček’s music, the pianist reveals a profound musicological insight, as well as a fascinating intuition – the inspiring integration of the heart and the brain, owing to which Bartoš’s previous Supraphon albums of Mozart’s and Beethoven’s works have met with such great acclaim.