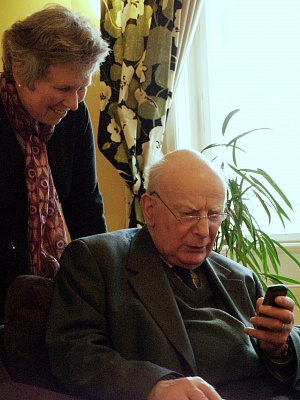 On February 2nd, the UK Czech music expert, musicologist, journalist and music organizer Graham Melville-Mason died at the age of 85. He was the only non-Czech member of the artistic board of the Prague Spring International Music Festival and headed the UK’s Dvořák Society.

For Graham Melville-Mason, everything began back in the 1960s, when he taught at the university in Edinburgh and helped organise the city’s interna­tional music festival, where he first experienced guest performances of Czechoslovak musicians. His fascination with the Czech musical culture continued to grow and strengthen when he was employed at the BBC in London. Czech music finally became the main focus of his professional and personal life following his retirement in 1989. He dedicated himself to the works of Czech masters and key contemporary composers; he maintained numerous friendships with Czech musicians. He studied Czech culture, he drove a Škoda and could speak Czech.