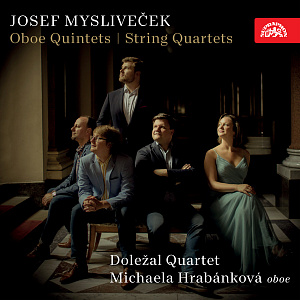 “Michaela Hrabánková plays with a lyrical delicacy that gives this music a certain refinement. Equally appealing are the three string quartets performed by the Doležal Quartet. The ensemble has natural chemistry to it. The quartet sound (as they should), like a conversation between four good friends. For anyone who enjoys the chamber music of Mozart and Haydn, give this disc a listen.”
WTJU 91.1 FM University of Virginia, November 2020