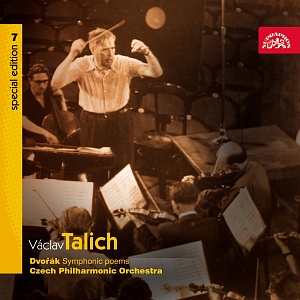 - Talich's extraordinary imagination and timbral magic.
- The broad palette of orchestral colours from the scores of Dvořák's symphonic poems The Water Goblin, The Noon Witch, The Golden Spinning Wheel and The Wild Dove - musical ballads from Dvořák's later works.
- Talich's performance in the eyes of his contemporaries:
- "Dvořák's Wild Dove, in beautifully refined sound, was wrapped in the magically secretive glow of a ballad." ... "The motives come to life, tragic conflicts take on real gravity and independence from the limited scope of the stories."