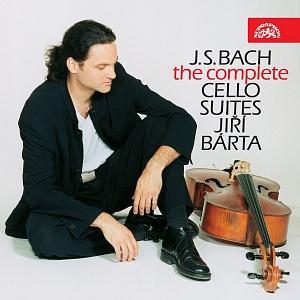 amazon.com
amazon.de
amazon.co.uk
amazon.fr
amazon.it
amazon.es
amazon.ca
Catalogue Number: SU 3502-2
Published: 1st January 2000
Genre: Chamber Music
Format: 2 CD
Bach's six suites for solo violoncello are among the most celebrated works for their instrument; we might, in fact, liken them to the composer's Well-Tempered Clavier, which serves as asimilar 'Bible' for pianists. Not every cellist is equal to the task of recording these works, and not every cellist who does so is successful. Jiří Barta, an exclusive artist with the Supraphon label, has not only risen to the challenge most admirably but has also earned the enthusiasm of critics and, primarily, the interest of the musical public in general.
To mark Bach's anniversary year Supraphon has prepared - under a new order number - this double CD release of all six Bach cello suites in one attractive, newly designed package.