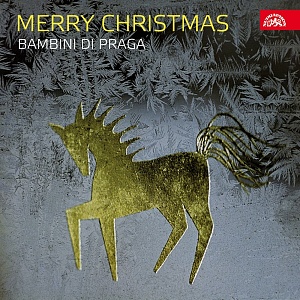 On 28 June 2011 a significant chapter in the history of Czech music closed with the passing of a legend: after 38 years the Bambini di Praga choir gave their final concert and bade farewell to their audience. For music-lovers, Bambini di Praga will for ever be cherished as a first-rate children's choir who brought fame to Czech choral art throughout the world (Paris, Berlin, Rome, Helsinki, Leipzig, Tokyo, New York, Osaka, Hong Kong, Jerusalem, Monte Carlo, Abu Dhabi, Boston, Johannesburg, Oslo…). And it was the most beautiful Christmas carols from Bohemia and Moravia, as well as other nations in Europe and America, that earned the choir their greatest acclaim and also brought the poetics of the Birth of Our Lord beyond the borders of the Christian world. This recording of simply and sensitively arranged carols, illuminated by ringing voices, is destined to remain one of the artistic apices in the choir's history. Yet above all it encapsulates the irresistible magic of Christmas Mystery and Joy. And who better than children to sing of the new-born infant and bring festive tidings of the Lord's boundless love for us?

The most exquisite carols - Christmas joy illuminated by children's voices!