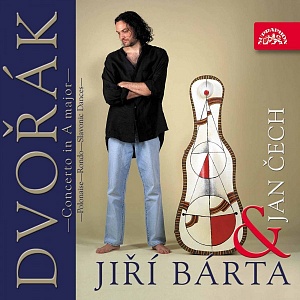 Dvořák: Works for Cello and Piano

Spotify
Catalogue Number: 11 1467-2
Published: 29th July 2002
Genre: Chamber Music
Format: 2 CD
As the latest instalment in its long-term project of complete works by Dvořák, Supraphon is now presenting the world premiere recording of the original version of the composer's Cello Concerto No. 1 in A major, for the combination of cello and piano. The work dates from the fruitful year of 1865 which likewise saw the production of Dvořák's first two symphonies and the song cycle, Cypresses. Although it is unlikely ever to equal in terms of either fame or popularity his Second Concerto, it does represent an important document of the process of creative maturing of a composer who was yet to attain worldwide renown. Not only is this the work's first ever recording; it is also the large-scale composition's first complete performance, presented without cuts and changes, exactly as it was left to posterity by Dvořák in his autograph score. It is coupled here by a representative assortment of Dvořák's popular pieces for cello and piano. Drawing on the artistic experience and mastery of the cello virtuoso Jiří Bárta, here is an account not to be missed by any real aficionado of that special kind of introspective velvety poetry embndied by cello music.