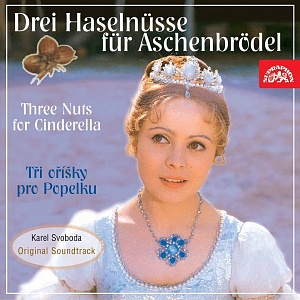 iTunes
Spotify
Deezer
Catalogue Number: SU 5474-2
Published: 5th May 2003
Genre: Instrumental Pop
Format: 1 CD
Music from the charming movie fairy-tale, a Czech-German coproduction directed by Václav Vorlíček, premiered in 1973. The soundtrack is a real tour de force by Karel Svoboda, widely known in German-speaking countries not only as a principal supplier of hit numbers for star crooner Karel Gott, but also thanks to his collaboration on more than a few television serials. To name but a few, the absolute tops have included the series, The Flying Ferdinand/Der fliegende Ferdinand; Circus Humberto/Zirkus Humberto; and last but by no means the least, Maia the Bee/Die Biene Maja, which earned the composer no fewer than five Golden Disc awards in 1978. The soundtrack was recorded by Prague's Film Symphony Orchestra (FISYO), conducted by Štěpán Koníček.
Slogan: Music from the greatest fairy-tale film of all time.