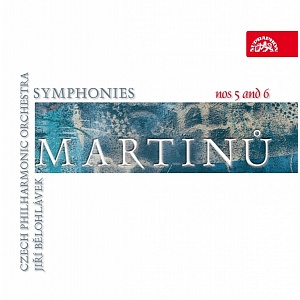 Jiří Bělohlávek and the Czech Philharmonic follow up their critically acclaimed 2005 album of Martinů's Symphonies Nos 3 and 4 (SU 3631-2), which was nominated for a Grammy award and hailed by critics as a recording par excellence of these works. This eagerly awaited CD, the second in a planned complete set, presents the composer's last two symphonies, both written during his post-war sojourn in America. Symphony No. 5 was finished in 1946 and reflects Martinů's doubt and disenchantment over developments in Czechoslovakia, the homeland to which he would never return. His last symphony, dedicated to his friend Charles Munch, then conductor of the Boston Symphony, was written during the years 1951-53. The wide-ranging and colorful orchestration of the "Symphonic Fantasies," as Martinů himself titled it, marked a return to the symphonism and traditions of the late-Romantic music of the late 19th/early 20th centuries. On this album, Jiří Bělohlávek leads the Czech Philharmonic in a tribute to a composer on whose works he has been focusing for decades.